“Leather tanning” is a general term for the numerous processing steps involved in converting animal hides or skins into finished leather. To prevent them from decaying, make them resistant to moisture and keep them supple and durable. Large animals are said to have hides, while small animals have skins.

Tanin is an acid occurring naturally in the roots, wood, bark, leaves and fruit of many plants.

The process of tanning dates back to as early as the 11th Century and has been used by indigenous cultures such as Eskimos, Native American Indians, Egyptians, Ethiopians, the Chinese, the Moors and countless others.

There are other processes involved in preparing the hides for their proper use as leather, such as softening and finishing to make the leather suitable for furniture, clothing, shoes and accessories, etc.

For now we’ll focus on three of the most popular tanning agents used by our certified producers.

These are extracts from different types of trees, bark and fallen fruit contain tanning agents used for vegetable tanning leather. In particular, the Mimosa and Quebracho trees along with the fallen fruit of the Tara tree in South America.

Chrome occurs naturally in the environment in stone, soil, plants and volcanic material. Chromium salt is found in foodstuffs and is also an important nutrient for the body. Chromium III salt is safe to use, non-toxic and not an environmental hazard.

As much as 85% of the world’s leather production is chrome-tanned using Chromium III salt, a highly effective tanning agent with flexible properties.

(Chromium III is NOT be confused with Chromium VI, which is toxic and is prohibited for use in tanning.)

One way of imitating the vegetable tanning method is with synthetic tanning, also called chrome-free. 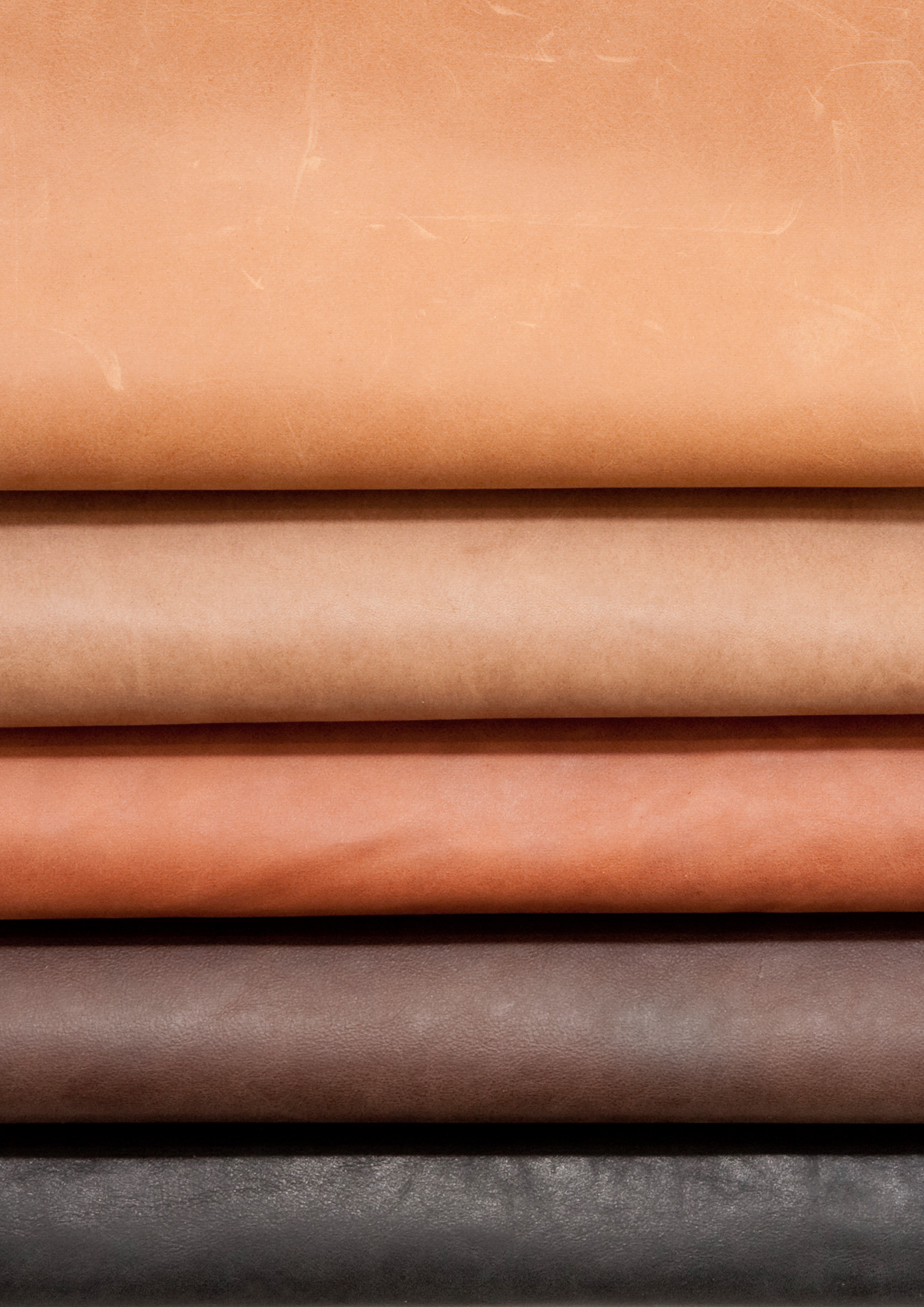